By Philip M. Smith | Crimes Against Property, Criminal Defense Law, Denver Metro News, In the News | Comments are Closed | 8 May, 2013 | 0

Police found plenty of evidence to suspect but not charge Joseph Rivas with felony criminal mischief. 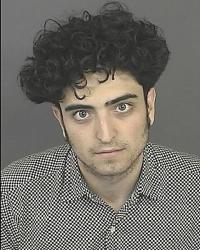 Rivas was a person of interest in the March paint dumping deed on Denver’s beloved Big Blue Bear. But, the trail dried up after Denver Police couldn’t place Mr. Rivas as the person climbing up or descending from the roof of the Colorado Convention Center and pouring the green paint over Big Blue.

There was overwhelming evidence to suspect Mr. Rivas. A green paint can and lid were found at the scene. Police traced this to Home Depot and then to Mr. Rivas. Someone climbed to the top of the building and descended using a rope. But, police could not place Mr. Rivas on the roof or at the scene. More evidence may surface but at this time no charges will be forwarded to the district attorney.

Evidence is the most important ingredient in the investigation of any criminal charge. Without it,  there is no case. Can the police connect you to a crime? Can the district attorney? People do get arrested on circumstantial evidence but a smart criminal defense attorney will utilize the skills of investigators and experts to find holes in allegations and reasonable doubt for jurors.

Read more: Arrest but no charges in vandalism to Big Blue Bear artwork – The Denver Post